Raipur: A District Reserve Guard (DRG) jawan was injured in an accidental discharge of fire from his weapon during an anti-Naxal operation in Sukma district of Chhattisgarh, police said on Wednesday.

The incident took place late on Tuesday night when the security forces were out on the operation in Injram area, located over 450 kms away from capital Raipur, a senior police official said.

Constable Bharat Kashyap sustained injuries on his thigh when his service weapon accidentally went off when the patrolling team was advancing through a forest, he said.

“He was evacuated from the spot and admitted to a hospital in Bhadrachalam in neighbouring Telangana state, where he is said to be in a stable condition,” he said.

Kashyap will be airlifted to Raipur for further treatment, he added. 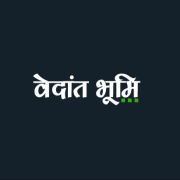